BT’s extended capabilities will protect customers in India and around the world.

Using a range of advanced cyber security tools, and through partnerships with key suppliers, the Cyber SOC will monitor threats against BT’s own assets and its customers’ networks on a 24/7 basis. BT’s cyber security specialists will be able to detect, analyse and mitigate cyber threats in real-time, working closely with incident response teams to ensure that issues are addressed as soon as they are discovered.

BT is one of the world’s leading cyber security providers, with circa 3000 cyber specialists around the globe offering services in Managed Security, Threat Intelligence and Security Consulting. BT’s Security division works with international organisations such as Interpol and Europol to combat cybercrime, and is one of the fastest growing areas of BT’s business. BT has been regularly recognised as one of the world’s leaders in managed security services by industry analysts such as IDC.

The Cyber SOC in Gurugram will provide ‘follow-the-sun’ services for international businesses, including threat assessment, investigations, intrusion detection & prevention, ethical hacking and penetration testing. The new Cyber SOC will employ a further 100 cyber security specialists. BT already has a team of 250 security people based separately in Gurugram, providing security services such as firewall and device management.

“I’m delighted to inaugurate this new Cyber Security Operations Centre in Gurugram, which is another fantastic demonstration of the UK’s world-leading cyber security expertise. This is exactly the kind of investment that the ambitious UK-India Tech Partnership, agreed by our Prime Ministers earlier this year, aims to achieve”.
- Sir Dominic Asquith

"The Cyber SOC opened by the High Commissioner significantly adds to our security capability in the rapidly expanding Indian market, as well as to our global footprint of Security Operations Centres. We’re committed to providing an industry-leading service to our international customers, and we’re investing to ensure we remain their security partner of choice.”
- Mark Hughes, CEO for BT Security 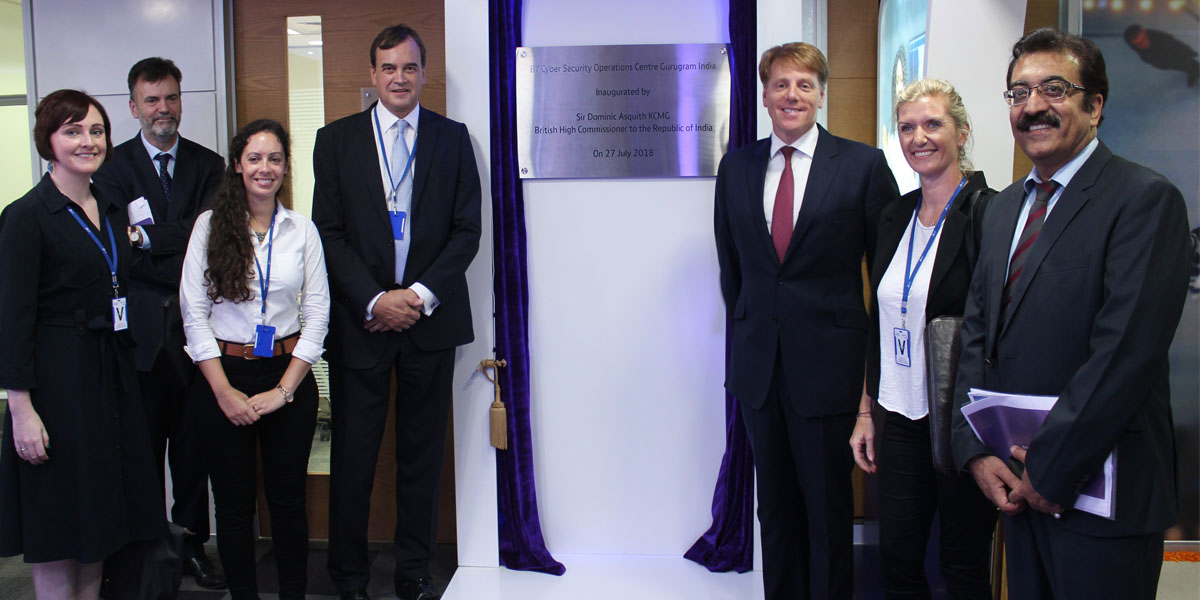