BT’s Cyber Security Platform has been recognised as an ABA100 Winner in The Australian Business Awards 2018 for Software Innovation.

BT today announced that its Cyber Security Platform has been recognised as an ABA100 Winner in The Australian Business Awards 2018 for Software Innovation [SWR].

Tim Cavill, managing director, BT in Australasia said: “We are delighted to accept the ABA100 Winner for Software Innovation [SWR] award in recognition of BT’s Cyber Security Platform (CSP). The CSP provides real-time monitoring and facilitates rapid detection, analysis, and response to cyber-security threats. In today’s environment of continuous cyber-attacks and daily reports of data breaches, tools such as CSP help security professionals fight back and keep their organisations secure.”

BT is one of the world’s leading cyber security providers, with almost 3000 cyber specialists around the world offering services in Managed Security, Threat Intelligence and Security Consulting. BT’s Security division is one of the fastest growing parts of BT. It works with international organisations, such as Interpol and Europol to combat cybercrime. BT has been regularly recognised as one of the world’s leaders in managed security services by industry analysts such as IDC.


Tara Johnston, program director, The Australian Business Awards, said:  “With technology rapidly evolving, it is essential that organisations remain ahead of the curve by continuously exploring and embracing new technologies and investing in the education, training and development of their workforce in order remain competitive. High performing organisations that have adopted an innovation culture to achieve optimal levels of productivity and performance have been recognised in this year’s ABA100.” 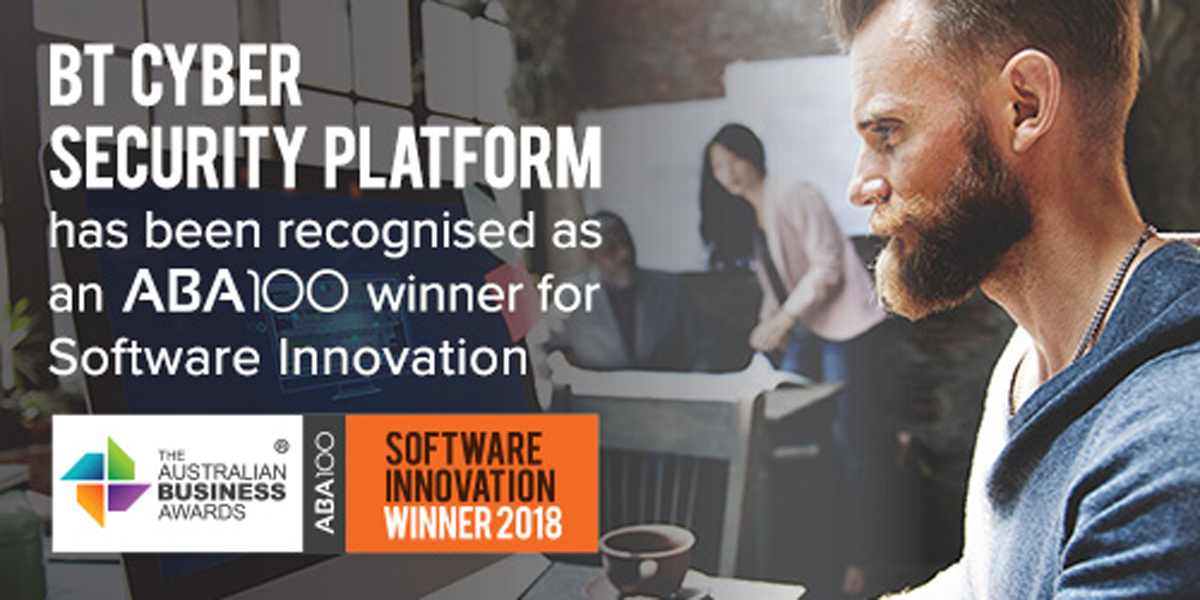